has outstanding experience in M & A transactions, as advisor to both, the acquirer and the seller. He mainly advises medium-sized companies and is a member of several supervisory and advisory boards. Arbitration is a special focus of his work. He has been appointed as an arbitrator and chairman in national and international arbitral tribunals. Juve nominated
Arndt Overlack for 2019 as renowned arbitrator. 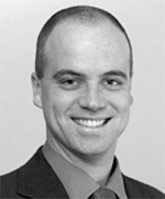 The focus of Mathias‘ work lies in advice on corporate and commercial law. Mathias also advises on tenancy, labor and (national and international) contract law. His clients include owner-managed and family-owned companies, entrepreneurs, developers and landlords. Mathias was admitted as a lawyer in Germany and as an attorney at law in New York. Until 2002, he worked with an American law firm in the US (New York), and then, from 2004 to 2005, for the United Nations Trust Agency in a part of the former republic of Yugoslavia.  Studying at the London Business School from 2003 to 2005, Mathias graduated with a Master’s in Business Administration.